ENACT presented at the IWG Conference

The 7th International Working Group (IWG) on Women and Sport Conference was held in Gaborone, Botswana, between May 17 and 20, 2018. Four years ago, Botswana was given the mandate to lead the activities of IWG, taking over from Helsinki, Finland. The mandate concluded with hosting of the IWG on Women and Sport Conference. We are proud that also EUSA was represented at the event and that the ENACT project was presented.

During the last 4-year period, Botswana hosted the IWG Secretariat as well as the office of the incoming Host Co-Chairperson. The main goal of the Secretariat was to implement the IWG strategy for the 2014-2018 cycle, driven by the strategy vision - a sustainable sporting culture based on gender equality that enables and values the full involvement of girls and women in every aspect of sport and physical activity. 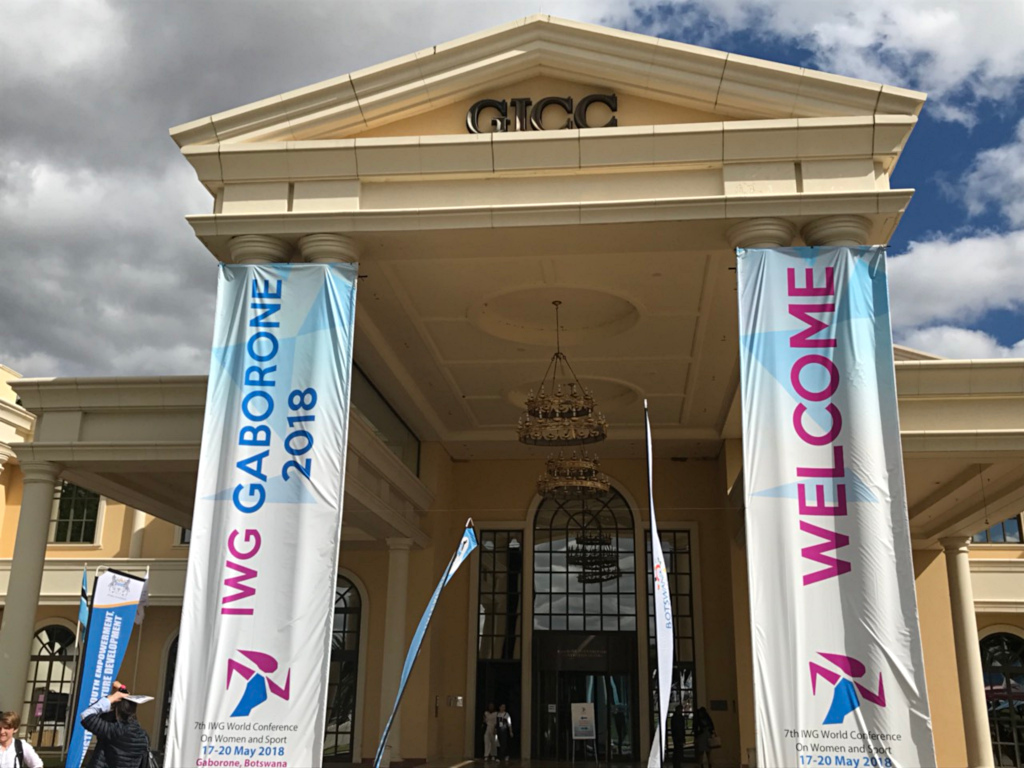 The IWG World Conferences on Women and Sport are milestone events, which every four years focus global attention on specific goals and action steps aimed at offering men and women equal opportunities in the sport arena. The IWG is a critical link between representatives of international, regional and national organizations interested in women and sport issues, making the IWG World Conferences important opportunities for interaction and discussion. 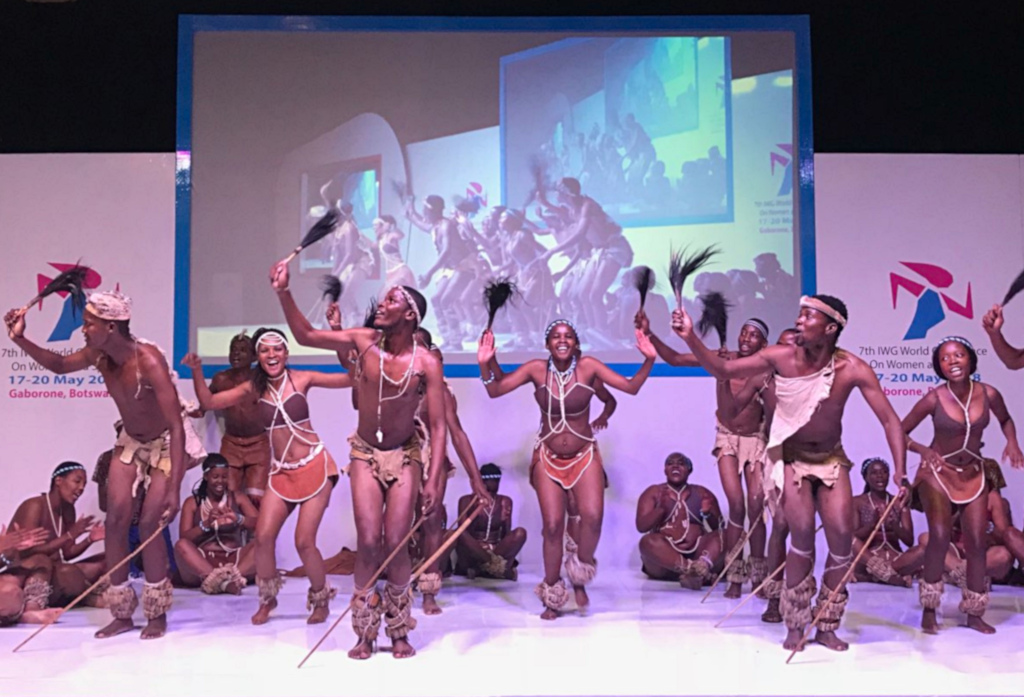 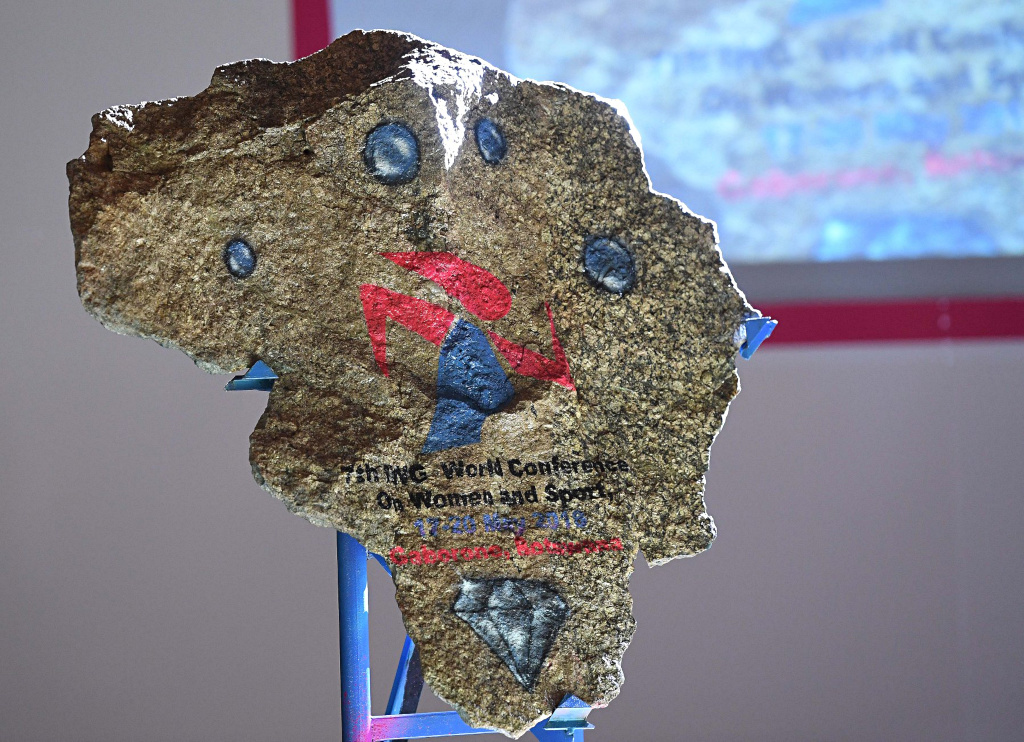 The conference was hosted under the theme Determine the future, be part of the change. The conference featured 6 plenary sessions and side events that cover various issues under the following topical sub themes: BEING WELL to PLAY WELL, SAFE SPACE: Protecting Women in Sport, TELL THEIR STORY: Leveraging Media to Advocate for Women's Sport, WELCOME and EMPOWER ALL through SPORT, SPORT WITHOUT BORDERS: Cross-Cultural Collaboration, LET THEM LEAD: Changing the Leadership Landscape of Sports. 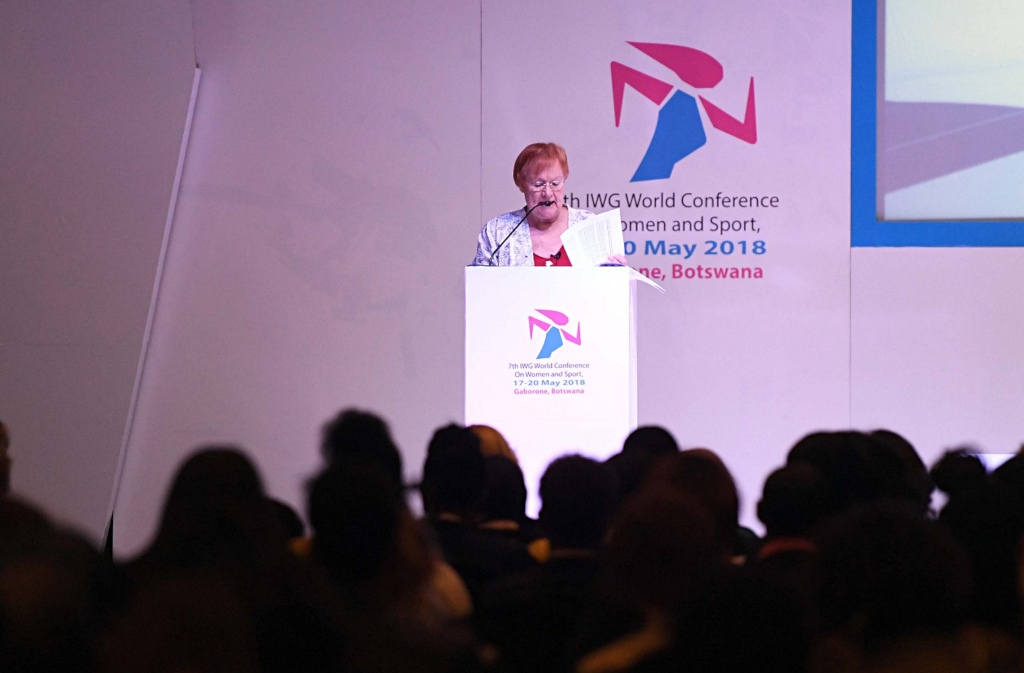 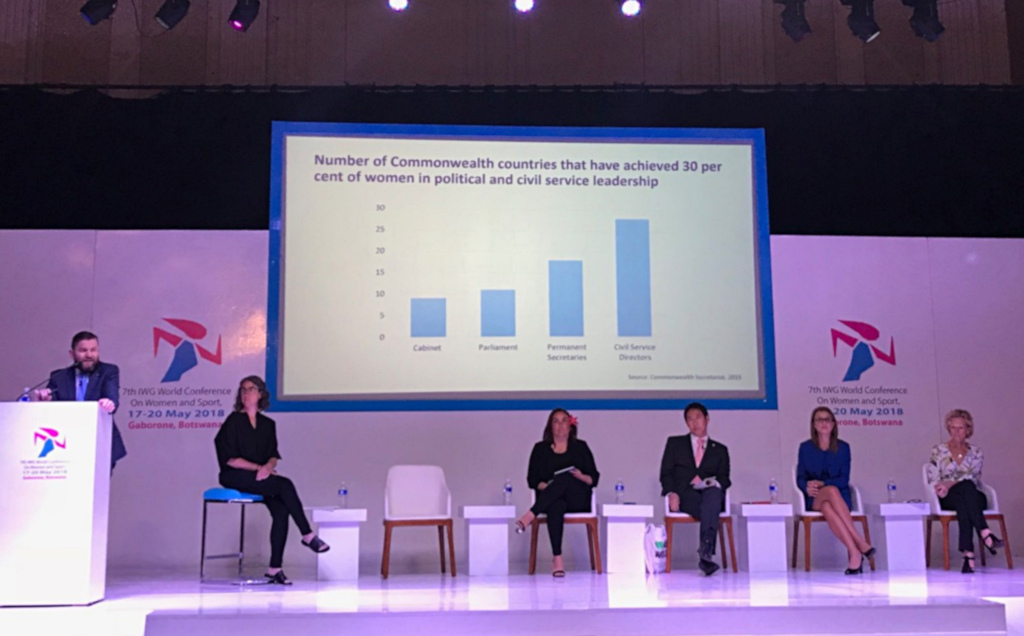 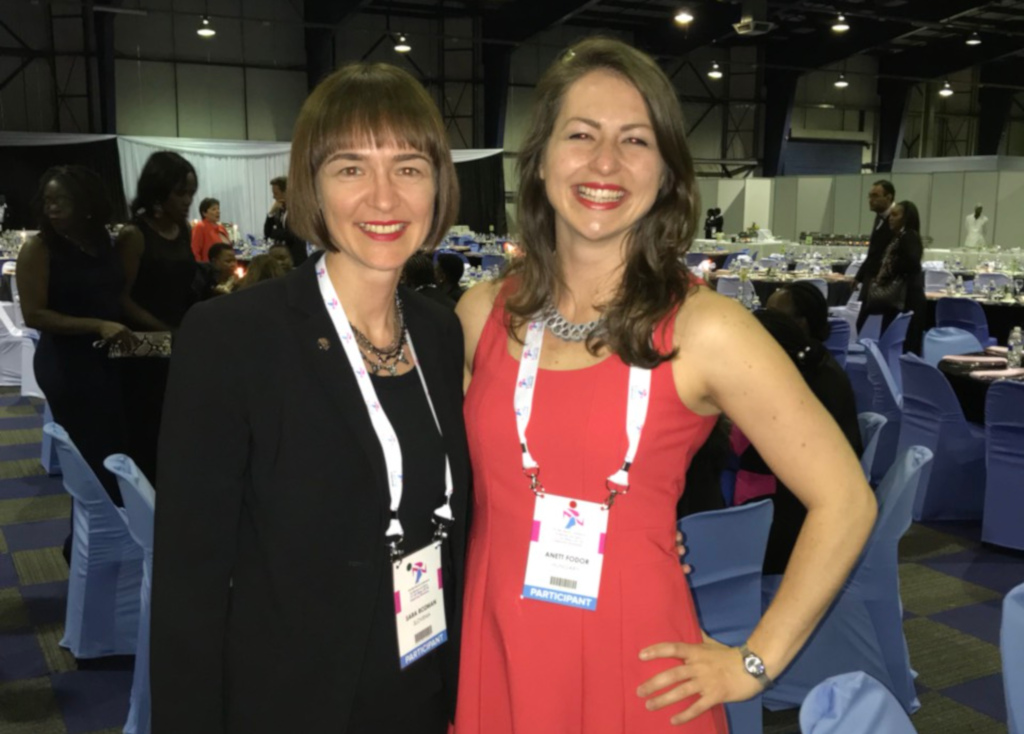 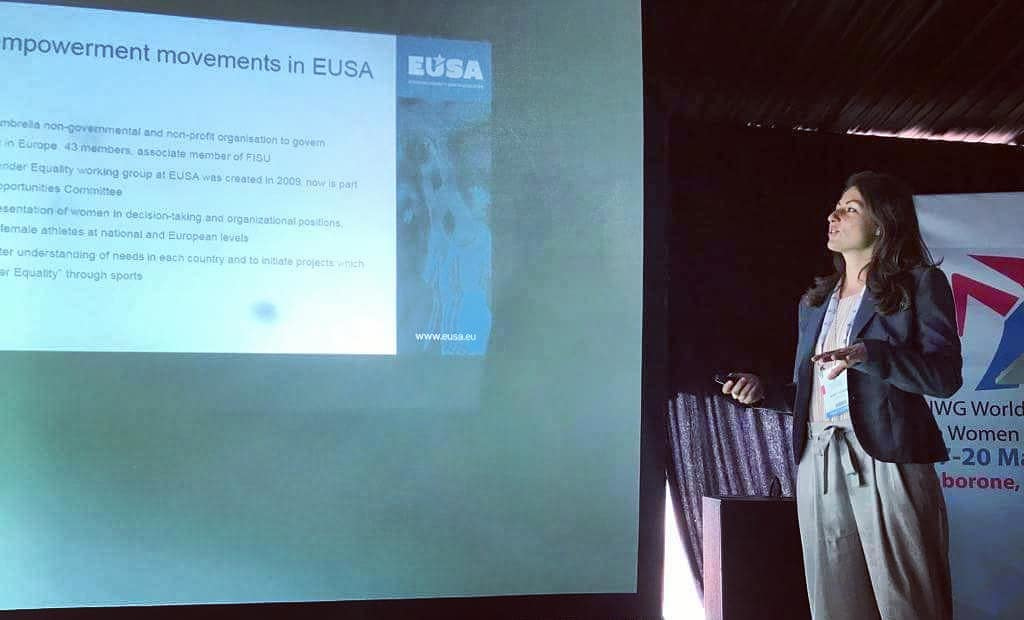 EUSA is a signatory of the Brighton Declaration on Women and Sport, and is striving for raising gender equality in university sport in Europe. 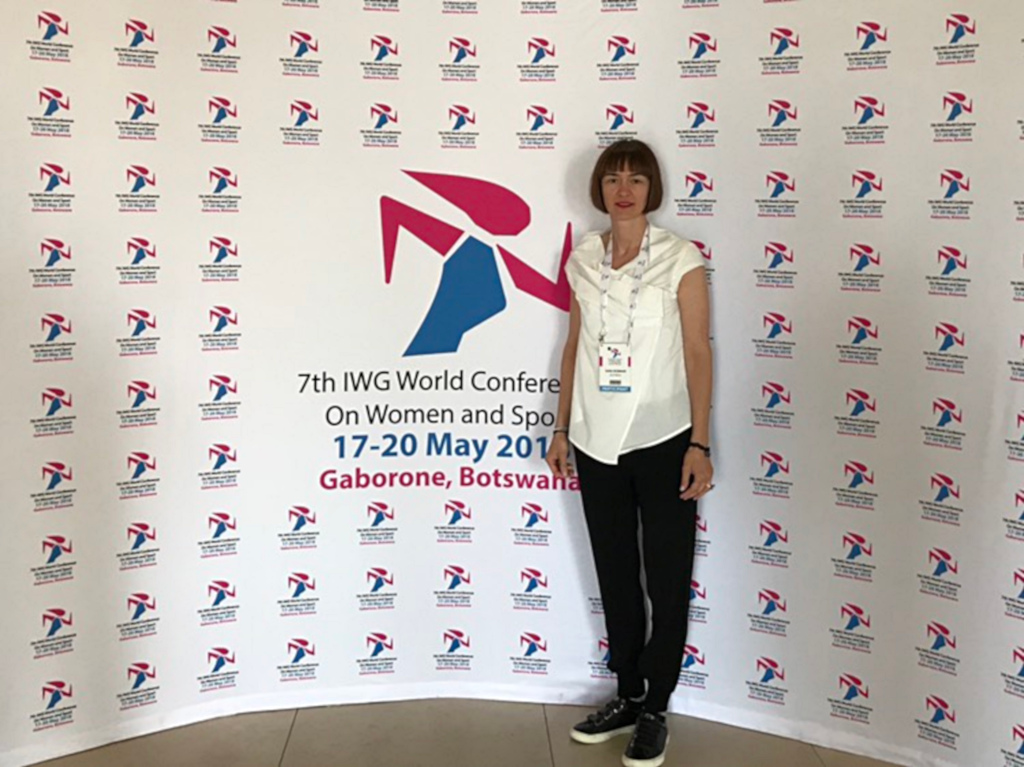 In the next quadrennial term 2018 – 2022, the IWG Secretariat will be hosted by New Zealand. For more information, please see www.iwg-gti.org.